One day continuous learning for all biodanza teachers, students under supervision and students in the third year of training with Helene Levy Benseft (FR). 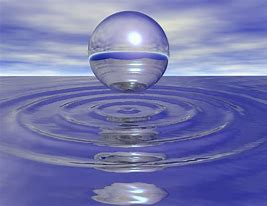 Fluidity is the royal way of access to transcendence.
"The fluid movement is continuous. Without beginning or end, it unfolds like waves in constant transformation. It allows the motor and vivencial integration which are the base of access to the vivencia of ecstasy."
Rolando Toro Araneda
Fluid movement represents the ability to allow the continuous flow of vital, erotic, affective or creative energy. Fluid movements compromise the entire body in a process of sensitive displacement in space in such a way that a tactile connection with the surrounding air occurs. One of the most important effects of fluidity exercises is the slowing down which gives rise to organic harmony.
Fluidity is a category of movement that opposes and dissolves anything that blocks all aspects of life energy. The characteristics associated with it are easily observed in the dance and especially in situations where relationship is involved. Among the most important, we will retain the complementarity, synchronization and reciprocity. All of the three being very precious communication skills in life.
The two symbolic elements associated with fluidity are water and air. To be inspired by water is to acquire the art of getting around obstacles, of perceiving solutions, of adapting without being corrupted in essence. To take inspiration from the air is to acquire its lightness, its expansion and its freedom: the art of elevation, openness, imagination that transcends the forms and limits of appearances.
However, it is in the ability to find the passages and the openings, whatever the situations, the contexts, the surrounding conditions that resides one of the great resources of the transcendence vivencia.
The fluid existential posture opposes any form of rigidity, which weighs, encloses and hardens everything: sensations to relationships and to the way of perceiving and perceiving the world. The fluid movement, the fluid attitude makes everything easier. Being the flow is one of the major gifts in the art of living with more pleasure and freedom.
Theoretical argument of this continuous training: the place of fluidity in the process of expression of genetic potentialities and integration of identity. The proposal will be to deepen the relationship between continuity and the notion of incremental change. From the point of view of the existential projection, it will be the relation to the impermanence, to the unknown, to the instability inherent in the reality with which every human being is confronted in his relation to the world.
Practical proposal: we will explore the different modes of realization of fluidity dance in Biodanza, their articulation in a vivencia, the deepening of both the meaning, but also the "prerequisites". That is to say, we will associate them with the various other categories of movements to be worked on to facilitate access to the vivencia of fluidity. We will also explore the paths that fluidity is likely to open in order to consolidate a process of integration (including and especially from an existential point of view in everyday life). The experience of tools and keys to body reading (as a "lever" of transformation) will also be at the heart of teaching.
Hélène Jeanne Lévy Benseft

Helene Levy Benseft was one of the first people to bring Biodanza to Europe in the 1980s. For several decades, she has directed the Biodanza school in Nice as well as teaching all over the world.

She has already contributed largely in the development of Biodanza here in Norway, and we are deeply grateful and happy to have here with us once again.

To secure your place please use the form to sign in and pay.
Del denne siden med andre!